Maggan is an actress and comedienne, coming from the north of Sweden and have lived for 17 years in New York, Paris och Los Angeles. She has been seen in StarTrek, Seinfeld, Benny Hill.

• All round comedian, actress, poet with a unique experience in many disciplines.
• Northern Swedish roots with International influence from USA (Los Angeles, New York, CU Berkeley) and France (Paris)

Feel free to contact me if you are looking for an unusual act at your next event  (zoom kick off meeting, Summit, Customer day, Supplier day, Client Cocktail event, weddings, anniversary events, conference, seminars, public events, )

Imagine the newly hired confused Vice President of communication standing up to make a speech during dinner. How will the first reaction of your employees be ?

Upon request I’m now performing with my own soloshow; ”the mystery guest”.   A big hit in every kind of venue. For you who likes to offer your guests something new, slightly discomfortable  and unexpected,  a surprise act  they never forget.

Innovative dramacomedy with custom-made scripted speech that makes everyone breaking up in laughter (script is prepared and agreed upfront).

The set-ups are many and adaptable to your event. I sometimes arrive joining the mingel as a guest among others. Creating a bit of a stirr in a friendly manner.

During the dinner I make a speech.  After the guests start squirming in their seats , the speech will eventually reveal my true identity as a professional actress and probably not the new employee to the great relief of some..or the disappointment of others ?

The undercover guest who makes the audience roar of laughter. (See videos in the other pages)

The set-ups and script are always in alignment with the customer and they consider sensitivities and the companies’ culture. Customer need to provide some information to allow honor to some special guests.

I’m native Swedish and I speak English and French.

Perfectly suited for an international crowd!

Unpredictable entertainment as its best!

”There were many very disappointed when they realized that you were not at all our newly employed Strategic Communicator! – Gothenburg Local Authorities

”  MEGATACK!  Your performance was insanely funny.  People talked about it all night long. Well, we will all talk about it for a long time ahead! Sooo hilarious 🤣 👏👏👏👏👏 Nefab-people were very satisfied and happy, the best party ever. They will live on this for a long time and it will strengthen the unity and influence the company for many days to come. Very professional Maggan !!!!     – Ing-Marie & Jochum founders –  Nefab Group

“You stepped into the arena during the pre-dinner drink and you did it in a fantastic way. You performed your role in a brilliant way and there was a lot to gather around and talk about after your effort. I want to make the best recommendations for what you do.” – Christer Söderberg CEO Swecon Anläggningsmaskiner AB

“Maggan made a smash success at our convention. She fooled everyone and then gave an highly acclaimed “standup” that we will never forget!” –  Staffan Westman. Vise CEO, Chief Executive, The Hair stylist federation.

“ You were wonderful and the best! I hope to experience you again because this was the most amusing thing I have ever experienced.” – Anna-Karin Deinoff HR Specialist, Gothenburg

“ I laughed so I got pain in laughing muscles – wonderful! Many thought you were the newly appointed lawyer in Härnösand. They got serious thoughts about who we had hired! “ – Marie Juhnestam Bimer – Work Environment Authority

”Thank you very much for a very good entertainment, everyone talks about how funny you were and how this will be the talk of the future.” Sakar Mustafa – Maersk Line

“The person next to me was laughing so his tears were spraying; said he never laughed this hard after 20 years at the company. ”   –  Johanna Sjöström  Sales assistant DLL Sweden

”I can warmly recommend Maggan to enlighten an event with something beyond a regular lecturer, to a grand acting performance.”

”The effect of creating an embarrassment that for Swedes is very difficult to handle to the realization that this must have been arranged worked very well. We were only a few who knew what would come and it was worth it. It was greatly appreciated. Good work! Thanks again”  – Swedbank ROBUR

”What a party… by far the best ever!!!!  Not to forget the greatest joke ever with Maggan on stage, I am still laughing at it. The day after, we had an early meeting with the Asia team, I could see tired people in front of me, but all with happy faces!! Thanks again.  Olivier de Guitaut  |  Nefab Group President Asia

”Our sales team were caught off guard starting anxiously eyeing each other. Then Maggan presented her goals and how she would contribute to further success. In a totally unique way. She made fun of the personel and clients which few can handle. We can with warm hands recommend Maggan if you want a performance of opening up the minds that no one forgets! ” – Annika Svensson Marketing CEO ARDEX AB

some samples of characters Maggan has played includes:

”Maggan Erixon, the new employee talks about herself at the corporate kick-off dinner,

”Call Maggan if you want your guests to get wail of laughter in the middle of the main course! When I first heard Maggan at a party I didn’t think it was true: But wasn’t this Catherine’s friend – she seems completely crazy – is there anything wrong with her? She should do this professionally – but she is already a pro! Totally fooled –  I couldn’t stop laughing..  – Ann-Charlotte Valejo 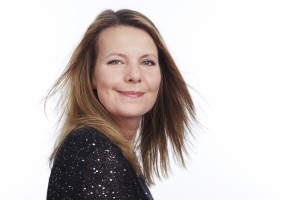